Action invitation: calling for a search for Indigenous murder victims

The Executive of Prairie to Pine Regional Council has written to the Winnipeg Chief of Police Danny Smyth to express very strong concern about the decision that there would be no effort made to search for the bodies of Morgan Harris and Marcedes Myran. Communities of faith, ministries, individuals in the Regional Council,  and any member of the public who reads this are invited to add their own voices to the call for a search. Please read on for the action invitation and some background.

Communities of faith and other ministries in Prairie to Pine are invited to:

Write your own letter, as communities of faith or as individuals, to the Winnipeg police, if you feel so called, whether from your community of faith. Or you can call: 204-986-6037 (Winnipeg Police Chief) Monday – Friday, 8am – 4pm, (excluding holidays). Feel free to use the Regional Council letter as a model, but your own thoughts are very important and should be shared too.

United Church people in Winnipeg: consider how you might respond to any calls for volunteers or for presence at demonstrations or vigils. Quiet presence is something concrete we can offer when invited by the community.

Be respectfully attentive to your neighbours, and to the grief and fear they may be carrying in the face of a loved one who is missing or the victim of violence. The headlines of the past few weeks may bring up deep trauma for many. Your awareness and active support are needed. 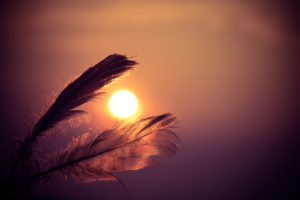 Throughout Canada, Indigenous people are exceptionally targeted by violence. This is especially true throughout communities in Manitoba and Northwestern Ontario. Many reports, and especially the report of the National Inquiry into Missing and Murdered Indigenous Women and Girls, (MMIWG) give evidence to this fact.  The National Inquiry Report offered 231 recommendations for eventually ending this appalling violence, a small fraction of which is detailed in the interviews conducted by the Inquiry.

It is bad enough that these calls to action have seen little progress so far. It is even worse that community members believe they must undertake their own efforts to search for missing Indigenous people of all genders. This is evidenced in community actions such as “Drag the Red” in Winnipeg. And now, in these last few weeks, to have a request for a long-delayed search turned down is immensely hurtful and harmful. Other Indigenous communities across Manitoba and Northwestern Ontario have also made it clear, through the report and many other avenues, that violence against Indigenous women, girls, and Two Spirit people is not taken seriously.

We do take heart from news reports of December 15, 2022, indicating there is some positive reaction on the part of the Federal Government to possibly support a study to determine the feasibility of launching a search at the Prairie Green landfill. It is also heartening to learn that Winnipeg Police Chief Danny Smyth has met with Long Plain First Nation Chief Kyra Wilson and Grand Chief Cathy Merrick to have conversation on this issue. We truly hope and pray that this conversation will lead to further positive action on the part of Winnipeg Police on this matter.

Your voice in support of Indigenous advocates and communities is important- please add that support as you can.

The United Church of Canada joins in the global call to hold the government of the Philippines accountable for its human rights violations. Read More

As the United Church embraces a new Call and Vision, and makes Growth a key priority, the denominational office will integrate the expertise, energy, and ethos of its semi-autonomous innovation arm—… continue reading Read More

2022 was an interesting year for The United Church of Canada's Refugee desk. Here's a summary of the year's applications and arrivals. Read More